The Kurds are an ancient Iranian ethnicity spread out across several nations in the Middle East.  It is estimated that just under twenty percent of Iraq’s population is Kurdish, with most settlements in the northern part of the country.  They have historically been at odds with the government of Iraq, and tensions came to a head during the Iran-Iraq War of the 1980s, when Saddam Hussein’s Ba’athist regime perpetrated the al-Anfal Campaign.  The campaign was led by Hussein’s cousin, Ali Hassan al-Majid, whose use of mustard gas, sarin, and VX nerve gas among other substances earned him the nickname “Chemical Ali.”  It is estimated that more than 180,000 Kurds were killed, with several thousand more still unaccounted for. Chemical Ali was captured by the American military and executed for war crimes, including his role in the Kurdish genocide. Some 4,000 of their villages were destroyed through the use of chemical weapons, aerial attacks, and a host of other extra-legal modes of destruction. Since 2003, the Iraqi Special Tribunal convicted many of the operation’s leaders with crimes against humanity, genocide, and premeditated murder.

Over the course of the Iran-Iraq war, which lasted from 1980 to 1988, the Kurds were increasingly seen as an irredentist “fifth column." Ali Hassan al-Majid, a cousin of Saddam and the Defense Minister, was delegated the task of vanquishing this perceived strategic liability, whereby he earned the notorious moniker, "Chemical Ali." Al-Anfal was the brutal counterinsurgency campaign he waged against the Kurds of northern Iraq. Consisting of eight separate operations and lasting from February until September 1988, the most infamous incident was on March 16, 1988, with the ruthless chemical weapons attack on the Kurdish town of Halabja, near the Iranian border. Up to 5,000 civilians were killed, thousands more injured and dying later from health complications.  Foreign journalists, such as Turkish photographer Ramazan Öztürk, arrived soon after the massacre, graphically documenting Halabja for posterity. 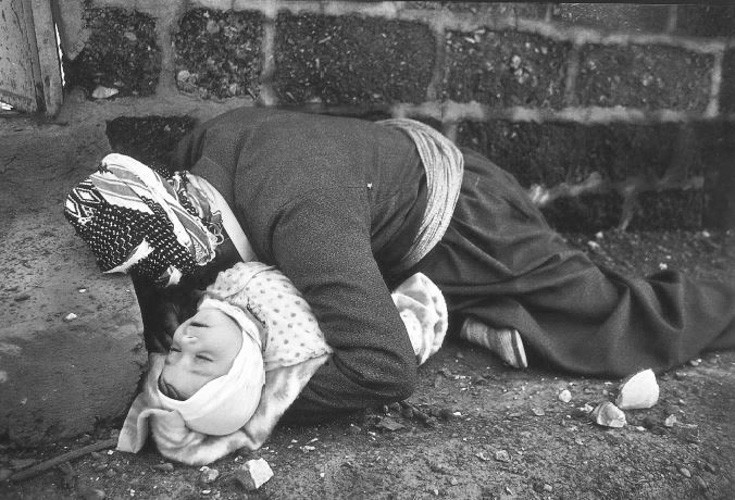 Chemical attacks were only one mode of destruction, as al-Anfal intended to definitively “cleanse” the region through mass deportation. Iraqi security forces rounded up civilians into concentration camps, the most notorious of which was Topzawa near the city of Kirkuk. Adult males and teenage boys were selected from the camps for mass execution, while many children, women, and the elderly perished from disease and starvation. The Kurdish presence in northern Iraq was devastated by al-Anfal. Verifiable statistics are difficult to obtain, but at least 100,000 Kurds lost their lives, most of who were non-combatants, and about 90% of Kurdish villages in the targeted area were attacked.

Primary documentation of the genocide by the Iraqi Secret Police was captured by Kurdish forces following yet another uprising at the end of the 1991 Gulf War. This material was used in Human Rights Watch’s investigation of al-Anfal and is now available at the University of Colorado at Boulder's Archive.  After the 2003 American invasion and subsequently tumultuous occupation, the Supreme Iraqi Criminal Tribunal (formerly known as the Iraqi Special Tribunal) was established to adjudicate the transgressions of the Ba’athist regime. It has focused on genocide, crimes against humanity, war crimes, and other egregious acts.  Saddam Hussein was tried and convicted for crimes against humanity, although the Tribunal did not charge him with connection al-Anfal. "Chemical Ali" was prosecuted for his direct role, however, was found guilty of genocide by the Tribunal and executed in January 2010.

- An estimated 1million people in Iraq have ‘disappeared’ since the 1960s, all presumed murdered or missing. 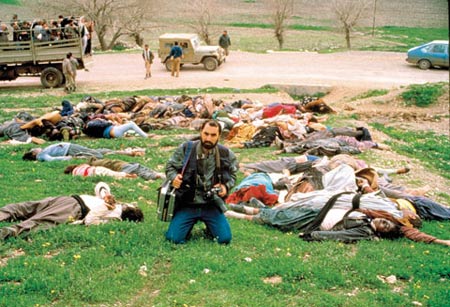 - Human Rights Watch reported in its 1993 comprehensive report on Anfal in Iraq that at least 50,000 and possibly as many as 100,000 Kurds are estimated to have been killed at the hands of the Ba’ath regime. However, since then, several sources have stated that as many as 182,000 or even more people were killed in that operation.
- Gendercide: Throughout the Kurdish Anfal, men and boys of ‘battle age’ were rounded up and ‘disappeared’ en masse. Most of these men and boys were captured, transported to mass graves and shot in mass executions. Of the total victims of Anfal, an estimated 70% were men, approximately aged 15 to 50.
- Thousands of women and children also vanished. Unlike the men, however, they were taken from specific areas as opposed to throughout the region. Evidence also shows that many were taken to internment camps where they were executed or died from deprivation.
- During the 1980s, the Kurdish population was attacked with chemical weapons, killing thousands of men, women and children indiscriminately.
- During the Anfal, 90% of Kurdish villages and more than 20 small towns and cities were completely destroyed.